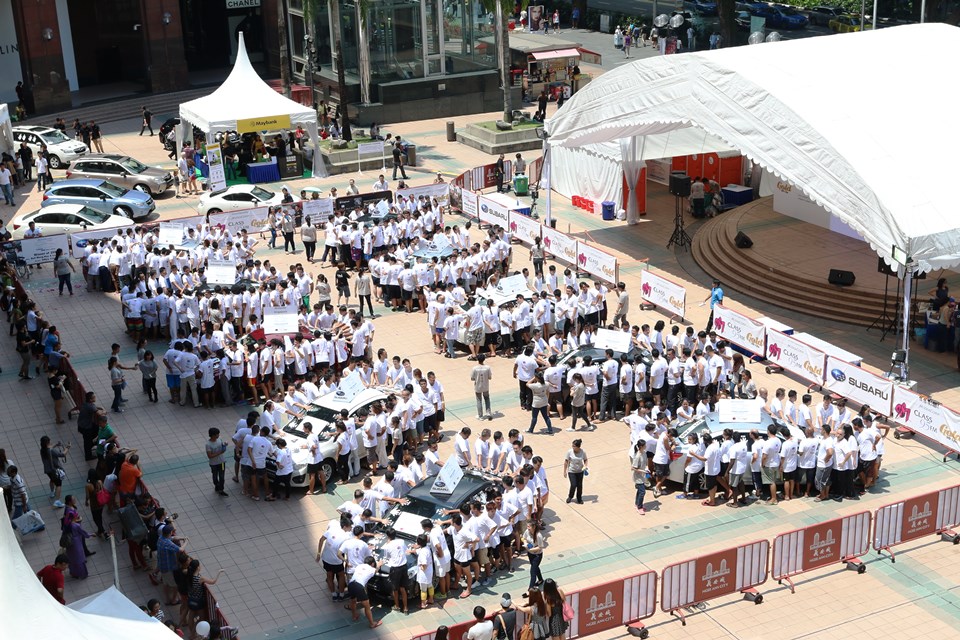 The 2013 edition of the annual MediaCorp Subaru Challenge came to a spectacular end last weekend after a gruelling 75-hour contest which saw 43-year-old Singaporean Mr. Yusman Wright triumphing over his countryman Mr. Sunawr Ali. Both veterans of the contest, the duo had collectively amassed 12 appearances in previous editions of the Challenge.

Armed with determination and steely resolve, contestants of the 2013 Challenge faced some of the most testing conditions seen in the competition’s 12-year history. Three contestants dropped out after fainting in the arena and the Challenge was suspended for 66 minutes on the third day due to thunderstorms. Contestants this year are considered to be the toughest the Challenge has seen.

Going into the final day at the Ngee Ann City Civic Plaza where the challenge was held, supporters were present in droves to cheer on the surviving contestants. Amongst them were 18-year-old Novell Erysha, Mr Wright’s daughter who was a pillar of strength supporting her father throughout the four days.

Novell revealed that her father had signed up to participate in the Challenge again this year without her mother’s knowledge. “He decided to secretly try again this year, and he definitely made the right decision. I’m very proud that he finally won. It’s been torturous watching him compete every year without winning,” she said. We are sure the wife’s anger would be easier to placate with a brand new car in hand.

This year’s Challenge was Wright’s fifth attempt, and his final time of 75 hours and 1 minute had exceeded his previous best time of 73 hours. Wright’s winning moment came when runner-up Sunawr was disqualified as officials noticed that his palm was raised slightly from the car. 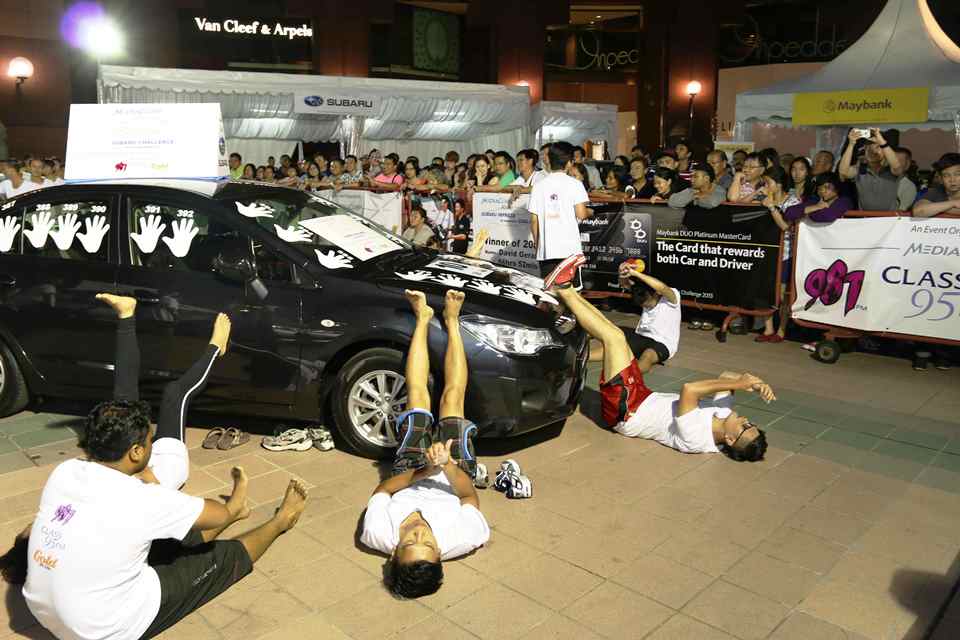 “In the final hours of the Challenge, the rules are very strict. It’s quite unfortunate that this happened, but I’m also very proud of my dear friend Yusman, whom I have known over the years just by participating in the MediaCorp Subaru Challenge. I wish him the best, and I’m happy for his win,” said the SMRT train officer, who walked away with a S$5,000 cash prize.

For Wright, his persistence and perseverance was rewarded by the grand prize of an all-new Subaru Forester 2.0i Premium worth S$85,000 (without COE) which was presented to him by Mr Glenn Tan, Executive Director, Tan Chong International Ltd and Ms Florence Lian, Managing Director, Radio Division, MediaCorp. 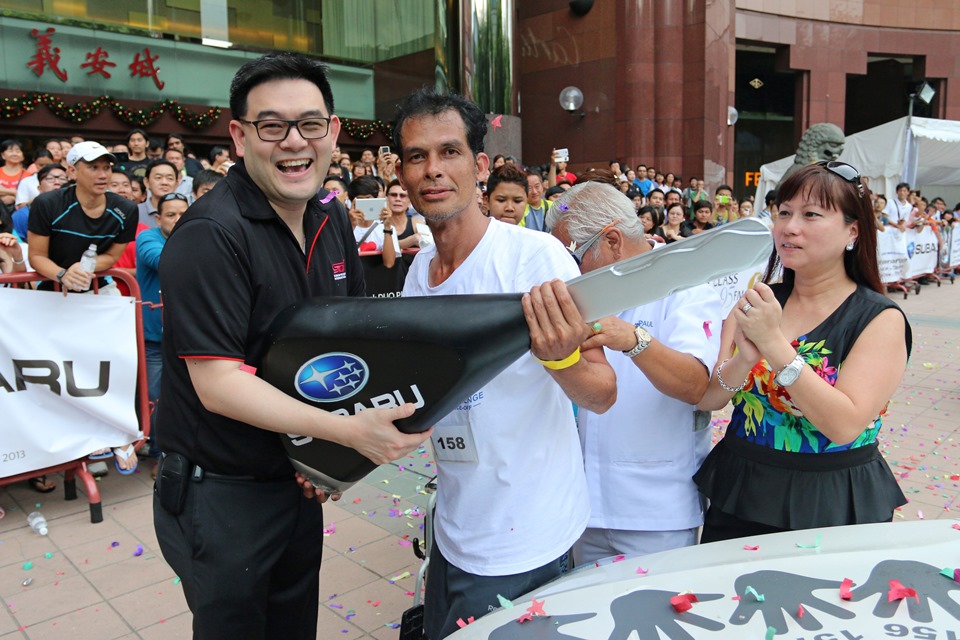 “The contestants this year demonstrated great determination. I’m amazed at how the two local contestants pulled through the final hours of the Challenge as they went head-to-head. Yusman’s great persistence to hold on paid off and I congratulate him for winning the Challenge after his fifth attempt,” said Mr Glenn Tan.

In recognition of the regional contestants’ efforts, the title of Country Winner and a cash prize of S$1,000 went to the last standing representative from each country. 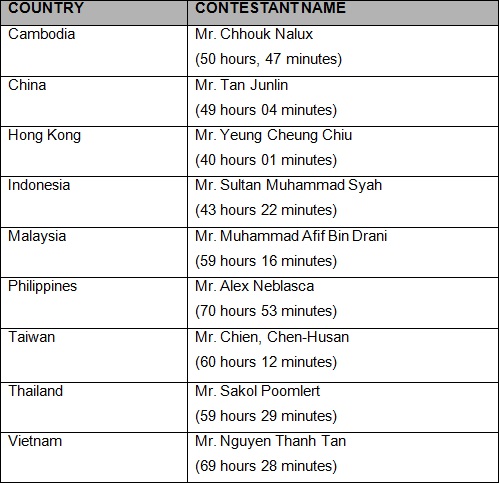 The last-standing regional contestant, 31-year-old Mr. Alex Neblasca from the Philippines walked away with S$5,000 in cash and the title of Asian Winner. He was also the second runner-up with a timing of 70 hours 53 minutes.

The Country Team Winner title – with a cash prize of S$10,000, was awarded to the Philippines team who achieved the longest combined standing time of 518 hours 41 minutes (the total time of all 10 representatives from the same country).