More than any other car, the Fiesta can claim perhaps the biggest credit in spearheading Ford’s newfound popularity amongst Malaysian buyers. It is coming up to three years since the Fiesta arrived, and a new one is on its way.

The new Fiesta will be an extensive facelift of the current model, but Ford’s press materials describe it as an ‘all-new’ model, indicating substantial and fundamental mechanical changes. Ford’s official press release describes it as ‘a completely redesigned and enhanced version of the older model, featuring a redesigned exterior with a sporty new grille, as well as all-new features and advanced technologies, including Ford SYNC, powered by Microsoft.’

“The upcoming all-new Fiesta pushes its appeal even further with enhanced smart technologies, drive performance, fuel efficiency and safety. It’s sure to be a great addition to Ford’s world-class line-up in Malaysia and a hit with the kind of trend-setting, tech-savvy customers taking part in the ‘Join the All-New Fiesta Movement,’” said David Westerman, regional manager, Asia Pacific, Ford Export & Growth Operations.

The ‘Join the All-New Fiesta Movement’ contest is a unique social media consumer engagement campaign featuring famous Malaysian online personalities as Fiesta agents promoting the car as a build up to its launch scheduled to happen later this year.

The four Fiesta agents each represent a different category, with Chukei Baby Jane as the ‘Fashionista,’ Jason Goh of smashpOp as the ‘Tech Geek,’ Harvinder Singh of Driven and paultan.org as the ‘Car Freak,’ and Fay Hokulani as the ‘Action Addict.’

“This campaign is an innovative and unique way to connect with young, active and socially-connected drivers, as well as the sizeable Ford Fiesta community in Malaysia, giving them the chance to embark on a terrific new life experience, win some fantastic prizes and live their life to the utmost,” Westerman said. 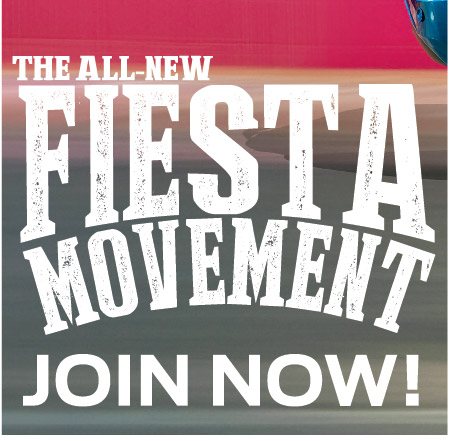 Participants can submit online entries via Ford in Malaysia social media channels in the form of photos, videos with hashtags #myfiestamovement and their choice of Fiesta agent, i.e. #techgeek or #fashionista. These entries are based on the challenges assigned by the Fiesta agents and will showcase the participant as a Fiesta “agent-in-training,” demonstrating why they should be selected to become a full-fledged VIP-worthy Fiesta agent.

At the end of the five-week campaign, each agent will pick his or her short-listed candidates for the final judging round. One “agent-in-training” will be chosen per category for a total of four Fiesta “agents-in-training,” judging to be conducted jointly by Ford and its sole distribution partner Sime Darby Auto Connexion.

Four ultimate finalists, who will be contacted on 15 August, will be the cornerstones of the new Fiesta’s launch campaign. The winners will star in the new car’s advertisements and will invited as a VIP at the Fiesta’s launch party and the Kuala Lumpur International Motor Show 2013 (KLIMS ’13) later this year. They will also be among the first Malaysians to try the new Fiesta out, being given the opportunity to take the car home for a week-long test drive.

Tying up with the upcoming ‘Living Things’ World Tour Live in Malaysia 2013 concert by Linkin Park on 19 August, the four winners will receive VIP Meet-and-Greet passes and tickets for the event. Twenty short-listed participants will receive ‘The Pit’ tickets worth RM553 each.