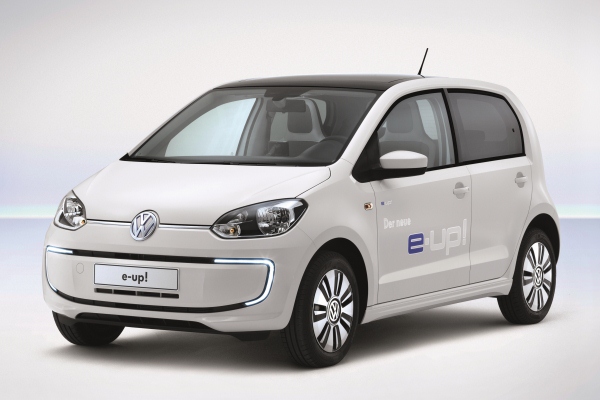 Volkswagen has unveiled its first fully-electric production vehicle, the mini four-seater e-up! at the company’s Annual Press and Investors Conference in Wolfsburg last week. First public appearance of the vehicle is scheduled to take place in this year’s Frankfurt Motor Show and it will go on sale shortly after.

Powering the e-up! is a 54hp/210Nm electric motor that as capable of generating a top speed of 135kph and propelling it to a 14-second century sprint. Energy supply comes from an 18.7kWh lithium-ion battery that gives the e-up! a maximum cruising range of 150km per full charge rated according to the New European Driving Cycle.

Behind what would have been the fuel-filler door in a standard Volkswagen up! is the e-up!’s charging port, which uses the Combined Charging System (CCS) that is being adopted by several other car makers as well. It supports both DC and AC charging and a quick-charge facility charges the battery to 80% capacity in 30 minutes.