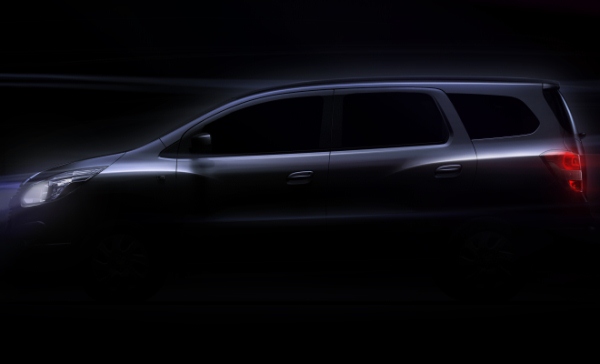 General Motors’ plant in Bekasi, Indonesia, which was recently announced for reactivation, will roll out its first product, the Chevrolet Spin MPV, on schedule in early 2013. The announcement was made by GM’s CEO Dan Akerson during the company’s annual meeting in Detroit.

Last August, GM announced a US$150 million investment to recommission the plant, creating 800 new jobs for the Indonesian economy. Initial capacity of the 11 hectare plant will be 40,000 units per annum. As a consequence, Indonesia will be one of the first markets in the world to get the Spin.

Based on GM’s Gamma II platform that will underpin the Sonic, the Spin will be available in five or seven-seater configuration, competing head-on with compact MPVs such as the Toyota Avanza, Perodua Alza, and Nissan Grand Livina. It will be the only vehicle in its class to offer a six-speed automatic transmission.