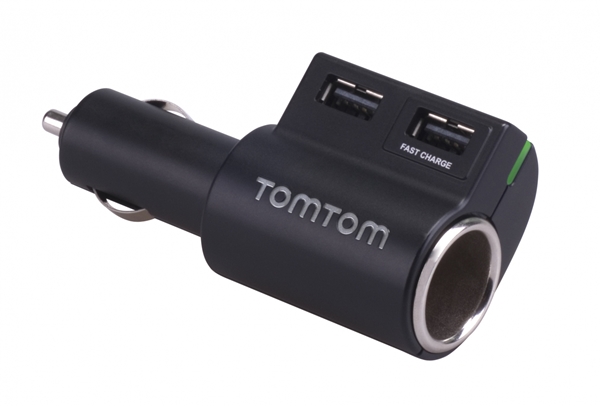 TomTom has officially announced the availability of its 3-in-1 in-car High Speed Multi-Charger for Malaysian consumers. Available at a recommended retail price of RM120, TomTom claims that its multi-charger is able to charge up to three devices simultaneously at up to four times the speed of a standard USB charger.

Plugged into standard a car’s standard 12V socket, the charger features a standard 12V port, a 1.2A USB port, and a second USB port rated at 2.1A for fast charging. Users can charge their various mobile devices while still powering their portable TomTom GPS units via the standard 12V port.