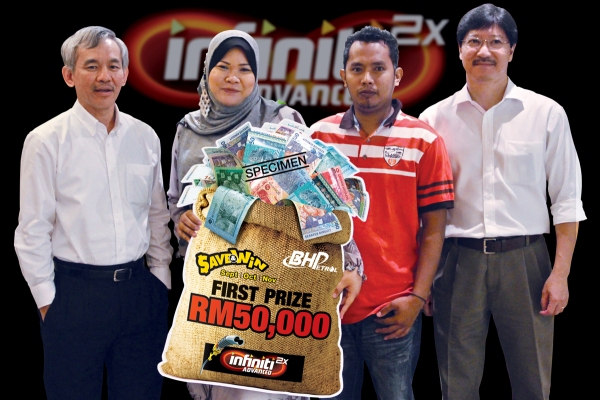 The first set of monthly winners for BHPetrol’s ‘Save & Win’ contest has been announced, and Ayu Rohaida binti Haji Muda has found herself RM50,000 richer having won the first prize of the September draw.

“I was shocked but elated when I was told I had won the first prize of RM50,000. It is so nice to be rewarded for being a loyal customer of BHPetrol. I am going to put aside the money for my children’s education,” said Ayu.

Ayu was not the only big winner in September as a host of other BHPetrol customers walked away with cash prizes ranging from the second prize RM30,000 to 50 RM1,000 consolation prizes.

“Save & Win” runs from September 1, 2011 to November 30, 2011 and for a minimum spend of RM30 at participating BHPetrol service stations, motorists will be eligible to win cash prizes and 2.5 million ePoints every month.