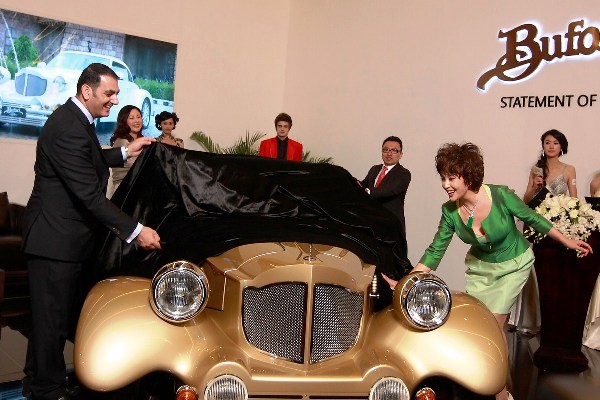 Kepong-based sports car outfit Bufori Motor Car Company (M) Sdn Bhd (BMCC) has made its entry into the lucrative market of China. At the Shanghai Top Marques Luxury show, Bufori China Ltd was announced as the exclusive distributor of Bufori vehicles in China. The company, founded in June 2011, is the result of a partnership between BMCC and the Ningbo-based Jiaochen Group of automotive dealerships.

Bufori is the official car of the Top Marques show, and two of its cars, the La Joya and Mk II, flown in by MASkargo, were used as VIP escort vehicles. At the show, BMCC Managing Director Gerry Khouri and Chinese star Liu Xiaoqing jointly unveiled a Bufori La Joya in front of media representatives and VIPs.

“We are extremely proud to have found in Jiaochen Group a strategic partner which recognises the genuine value of the Bufori brand and are looking forward to a successful co-operation” commented Gerry Khouri.

“Bufori China is managed by a competent team of experienced and dynamic members which will develop the brand throughout the country, starting with the directly operated flagship showroom in Shanghai” he added.

Operations in China will start with the launching of a flagship showroom in Shanghai’s prestigious Xintiandi district, with more showrooms to follow in Beijing, Chengdu and Shenzhen by 2012. The company will also be displaying its line-up of cars at next year’s Beijing International Motor Show. 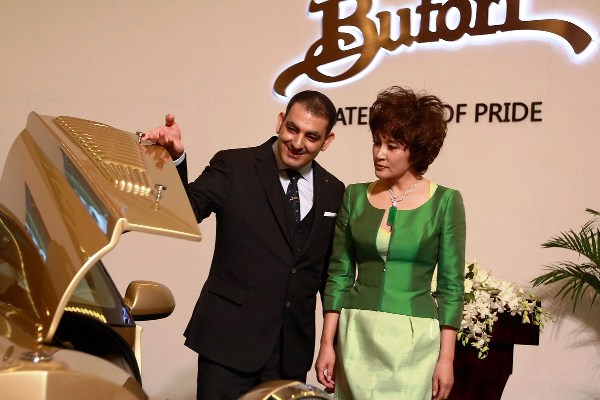