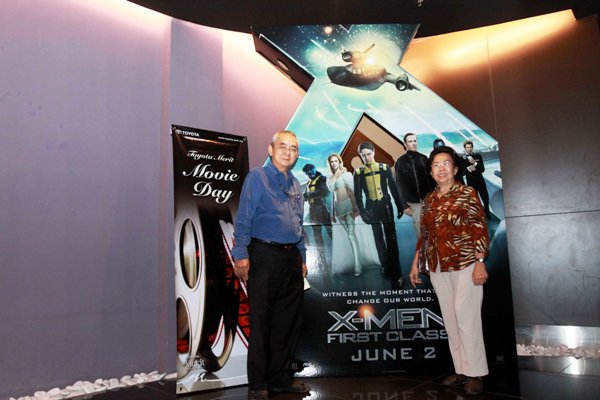 Toyota Merit members from three states were recently treated to a movie day, with 259 members from Kuala Lumpur, Penang and Kota Kinabalu invited to a free screening of the movie X-Men: First Class at three different cinemas.

Members in Kuala Lumpur were invited to the Gold Class Hall of GSC Pavilion, KL on 4 – 5 June 2011, where before the actual movie screening, they were treated to a light buffet and played trivia quizzes to win X-Men and Toyota Merit merchandises.

A week later, on 11 June 2011, northern members were gathered at Queensbay Mall, Penang, watching the movie at GSC after gathering at T.G.I.F. for some snacks and trivia quizzes.

Across the other side of the country, members from Sabah were gathered at GSC 1Borneo Hypermall, Kota Kinabalu at the same time. Dinner was served at La Fuente restaurant before being ushered into the cinema where they were treated to a luxurious cinematic experience complete with complimentary popcorn.