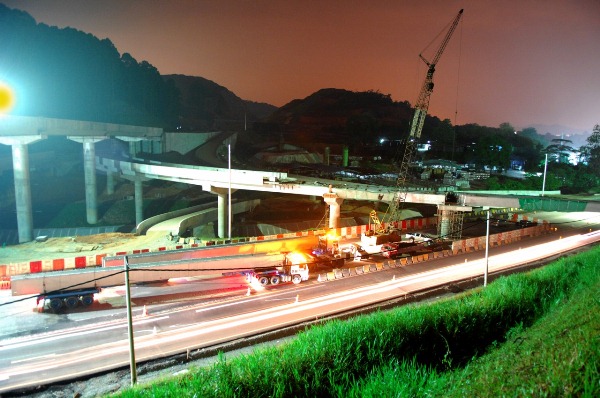 No, the title had nothing to do with Star Trek and its transporters. Rather, it was about how 100 men and three engineers successfully hoisted a 90-tonne U-beam measuring 37.9m in length to its place on the LATAR Expressway bridge near Templer’s Park at 3:00am.

Traffic was stopped momentarily along Jalan KL-Rawang (Federal Road 1) to facilitate the highly-coordinated procedure, which took only minutes, despite being constrained in a tight space by the Hutan Kanching Forest reserve and surrounding rock formations, which did not allow the use of rock-blasting.

Talk about it: LATAR Highway