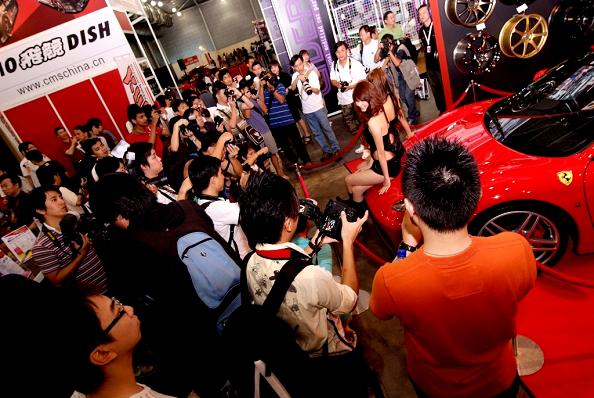 If there’s one thing that the world of cars and motorsports must have, it’s the presence of race queens and car show girls.

Dressed provocatively in revealing and skin-tight outfits, they make cars and motorsports sexier with their feminine touch to this otherwise largely male-dominated industry.

You realise that car show girls always at motor shows; they are such a strong crowd attraction! Come on, at least half of the attendees of such shows are there for the babes and not the cars. (ed: Can’t argue with that…)

At least half of the attendees are there for the babes, not the cars

But it’s not all pose and strut for these girls.

At race circuits, race queens get to work as they shelter drivers of their teams with large umbrellas and escort them whenever in the public eye.

In Japan – where the term ‘race queen’ originated from – a race queen is actually a high-profiled profession that includes regular attendances at race tracks and appearances at related events.

They undergo training and constant upgrading courses to maintain their skills, such as posing with and hoisting up the huge umbrella with poise and grace. In addition, each race queen is expected to be equipped with technical knowledge of her team and its drivers or cars.

More than just a pretty face

It might sound like an easy job – doll up, look good, stay pretty. However, the kind of challenges they put up with are far from easy.

I’ll let you in on a secret – I was once a race queen myself. 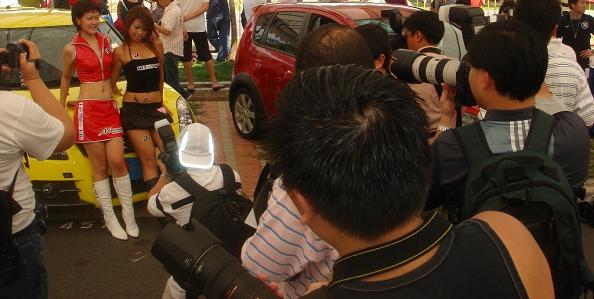 I experienced life as a race queen

I participated in a race queen contest some years ago and worked at a few car events too. Having been there and done that, I can understand what these girls go through.

For someone like me who doesn’t know how to put makeup, my first challenge was in getting the right colours, shades and tones for my face. And because I will be photographed, the makeup has to be thicker so my skin will look better in photos.

Squeezing into the tiny race queen outfit was the next challenge. The tight latex cuts slightly into the fats and I had to stand in front of the mirror to try and find ways to conceal these fatty bits.

Once out there, sucking my stomach in the whole time, along with plastering a perpetual smile and coming up with new poses and angles for photos was a real test.

What was really tough was having to be literally ‘on my feet’ the whole time. Other than tolerating long hours in high boots or stilettos, I had to be very mindful of my actions at all times – simply because you never know when a photographer is focusing his lens on you.

I’ve seen unglam photographs of race queens with their mouths carelessly open in a yawn or laugh, pulling at their skirts to adjust their underwear, and of course accidental exposing of body parts that should stay covered. (ed: We’ve seen quite a few of these, but sorry guys, no sample photographs.)

The biggest challenge of a race queen though, is still undoubtedly, having to put up with the cheekiness and over-intrusive stares of certain males.

Some of them come up to you and ask to take photos with you, happily plonking their arms around your shoulders or waist and pulling you closer to them. Others just stand in a corner and stare at you, making you feel so uncomfortable.

I must say the pay for such stints is better than working at a fast food chain for example. But in exchange for the higher pay, things like sore feet and aching cheek muscles are part of the aftermath. 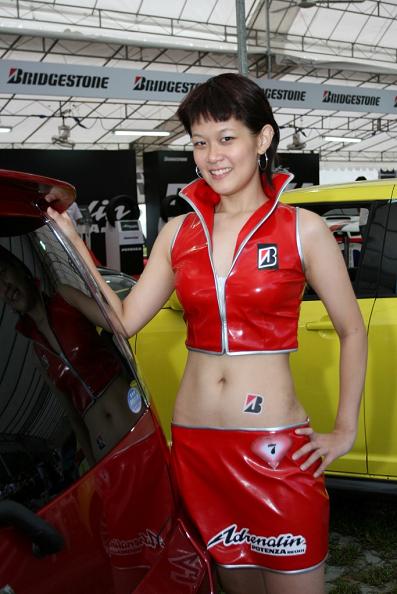 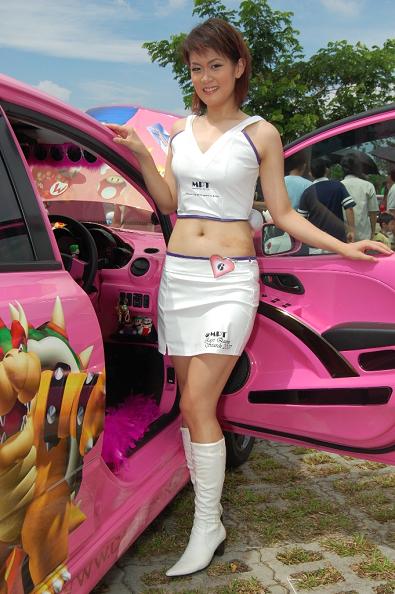 Looking back, I admire and applaud myself for my courage and guts then. It’ll take a lot to persuade me to repeat that act again.

It was for the experience and the extra pocket money during schooling days that got me started. I wondered how it was like to be in the limelight and how it would feel to bask in the attention of photographers and spectators, so I decided to just give it a shot.

You’re only young once.

Today, I have established a place behind my trusty laptop and DSLR instead, and feel conscious and shy about myself when put in front of the camera. I have since hung up my pristine white knee-high boots and various race queen outfits, preferring to be behind the wheel instead of next to the car. 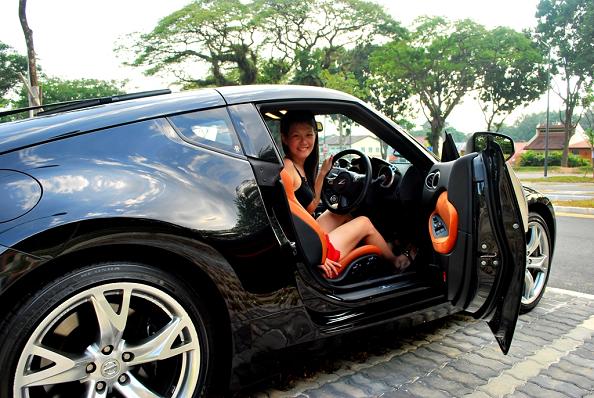 Now i prefer to be behind the wheel, instead of next to the car!

There are no traces or hints of my race queen past anymore, but at least I can say I have tried it at least once in my lifetime.

If I hadn’t told you, would you have ever guessed?