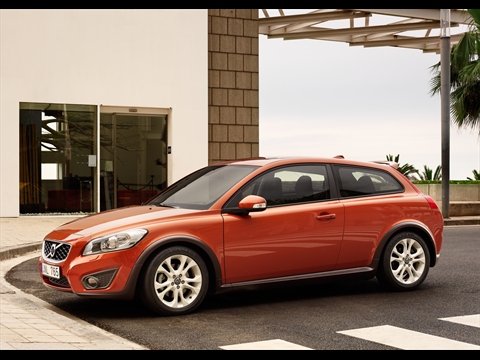 Following in the trail of the C70 coupe, Volvo’s C30 hatch is also set for a midlife facelift to be unveiled at Frankfurt next week. Much like the C70, the C30’s front end has been drastically revamped to move itself away from looking like just a S40-hatch. Options are aplenty, as Volvo is making the C30 highly customizable from bow to astern.

There is no mistaking the facelifted C30 from the pre-facelifted version. The boxy S40-esque front has been ditched for a look incorporating a far greater amount of flair and curves. As Fedde Talsma, Exterior Chief Designer of Volvo Cars put it, “By integrating greater depth into the design language, the front has become more dramatic and expressive. Along with the angled lines of the front bumper, the new headlamps, drawn offset and up, reinforce the impression of speed and sportiness.”

Talsma added, “The fact that the C30 has enhanced its visual volume and self-confidence is entirely in line with Volvo Cars‘ design strategy. At the same time, the C30 has a one of a kind expression (ed: Fortunately not a ‘one kind expression’). The new honeycomb grille, for instance, means it takes just a quick glance in the rear-view mirror to see that the car filling your view is the new Volvo C30.”

A new colour, shown in the official press photos featured here, Orange Flame Metallic has been introduced to go with 12 existing ones, in addition to the option of five lower trim colours, called the C30 Contrast Colour Collection. In addition, there 11 choices of wheels, two of them new, with white colour rims available for the first time. 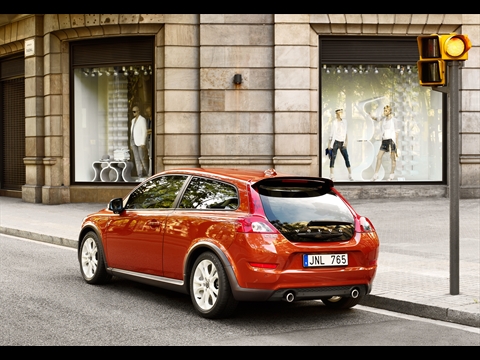 For the enthusiastic drivers, all variants of the C30, with the exception of the 1.6D DRIVe, are optionally available with what Volvo simply terms as the sport chassis. Based on their official press release, Volvo’s approach with the sport chassis, and moves like these have backfired often enough, is to make the whole set up a lot stiffer. We say this with certainty, as words derived from ‘stiff’ (stiffer, stiffness) appeared no less than five times in a short paragraph describing this feature. The steering bushes, springs, dampers, and roll stabilizers all have been stiffened by significant margins. The worry is that Volvo might have overdone this part. 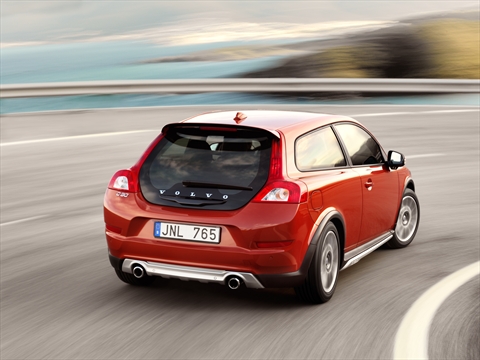 The standard front-wheel drive transmission is a five-speed manual, although buyers of the T5, D5 and 2.0D will get six cogs to swap around with. Those who opt for two-pedal motoring will either get the 6-speed Powershift automatic transmission for the 2.0-litre variants (petrol & diesel), or the 5-speed Geartronic for the higher-end five-cylinder variants. 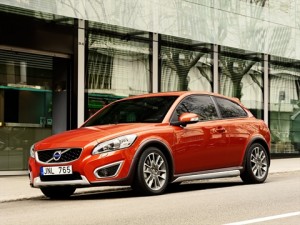 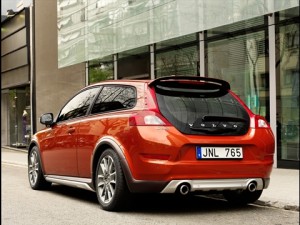 One of a myriad of possible choices.