Some people spend hundreds of millions developing electric cars but Miles Rubin thinks that what the public wants is a familiar normal sedan with electric motors, that’s it. 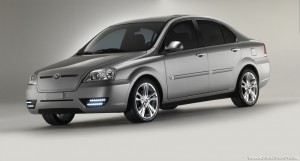 So he went to China, found a suitable body shell and then stated talking to Lishen, In case you don’t know and you probably don’t, Lishen is the world’s biggest supplier of compact lithium-ion batteries and their charge stores are found in Apple, Motorola, Samsung, Vodafone and other big name brands.
Basically Rubin just packed as many batteries into the car and bolted on an electric motor to power the wheels. 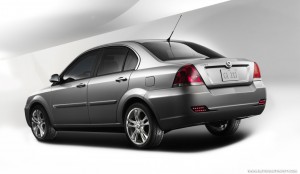 Exact details are sketchy but don’t expect anything too fancy for the USD45K that they are asking for it.
The price tag is not exactly cheap, after all you add a few thousand more and you can get an entry level Tesla machine, which looks a lot better.
Anyway after green rebates and other incentives, the car’s actual retail price would probably be nearer USD37K. 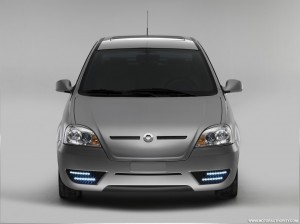 So what do you get, apart from blanked out grille and an extension cord? Well the company estimates that it will cost less than $3, on average, to drive 100 miles. A comparable petrol-powered sedan that gets 20mpg costs about $17 per 100 miles.
Driving a Coda equates to over $2,000 in operation and maintenance savings per year at normal driving rates, which equates to $20,000 in savings over a ten year period.
Are you excited yet? 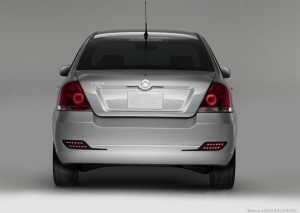 I think that this is what the future will look like, backyard garages converting cars to run on electricity when oil gets ridiculously pricey.
I hope the conversion is done properly, we don’t want exploding batteries during charging do we?