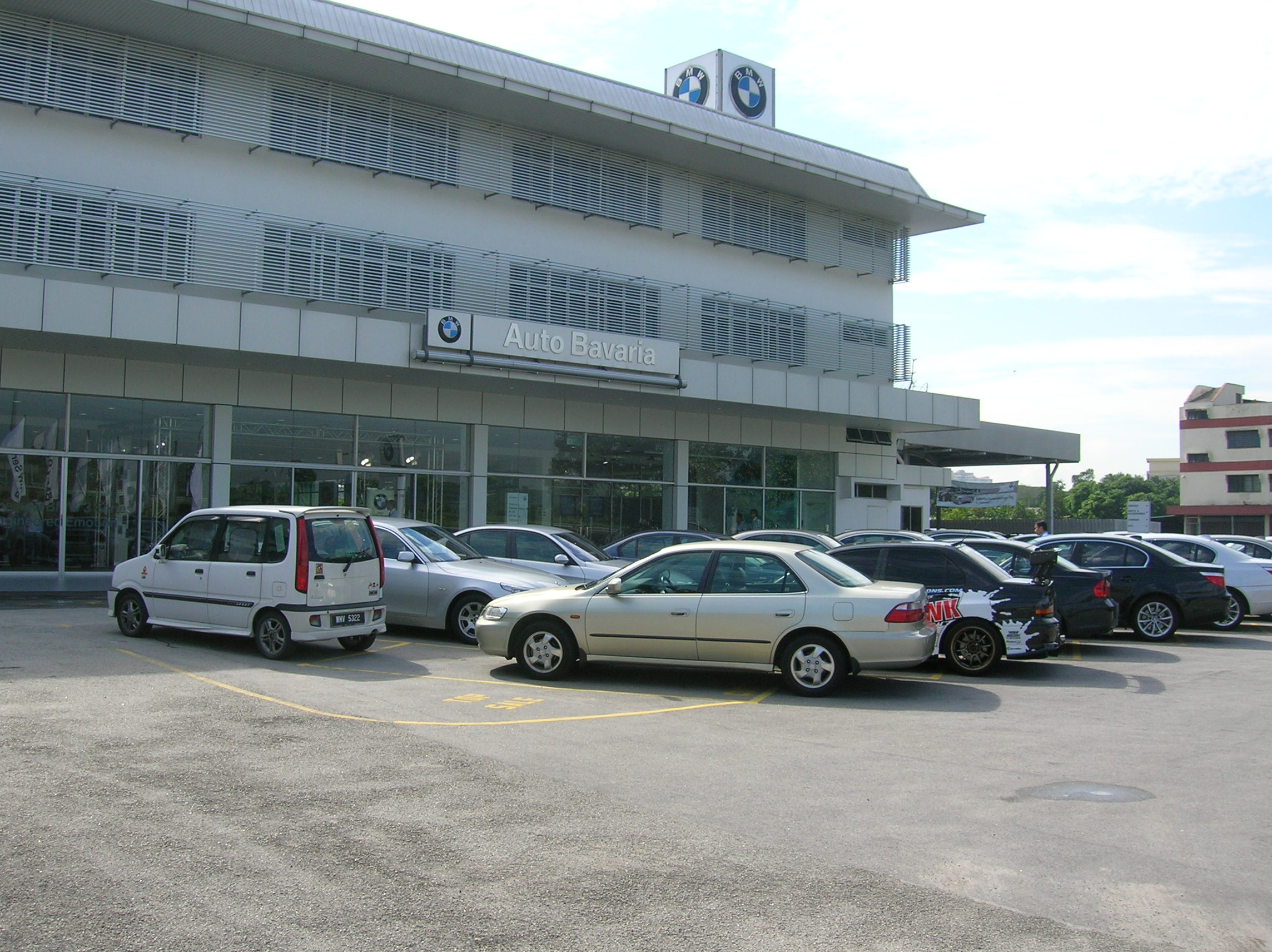 I once said to my friends, “BMW events never disappoint.” The very first BMW event I attended was held at the Glenmarie branch, where I test drove the E46 325i and the highly acclaimed E60 530d. I went on to attend one event after another, adding to my list the likes of the 545i, the 645Ci, and the Z4 3.0. Every time, when I thought that there was nothing BMW could do to impress me, they just throw up an event, I attend and go home with a smile of satisfaction on my face.

Therefore, against the backdrop of one excellent event after another, the Joy event at the Auto Bavaria Glenmarie branch last week was a little underwhelming (read comments here). It made me reconsider the validity of the statement I made to countless people about BMW events. With that experience still fresh in mind, I approached the Sg Besi edition of the celebrations with a little less enthusiasm than used to give to BMW events. In fact, I almost decided to give it a miss.

But, miss it I did not, because there is, at the very least the newly facelifted 3-series to check out, and the BMW Performance Drive that made the event held at AB’s Segambut branch such a delight was restored to the lineup. As I entered the showroom, the atmosphere felt friendlier than what I experienced in the Glenmarie branch, being politely greeted by no less than three different people. Unlike the preceding editions at Penang, Segambut and Glenmarie, the Sg Besi branch had the advantage of having the 3-series facelift launch happening just two days earlier. As a result, in the showroom area, all that was on display were the 323i, the 325i Sports and the 335i Coupe. It was most unfortunate that none of the new variants were available for test driving – especially the 335i.

As I was viewing the 335i Coupe, I was approached by a saleslady whom I shall only identify as Ms M (M for M3, M5 & M6). For now, I’ll just mention that two of us enjoyed a brief but pleasant conversation, exchanged name cards, and walked away from each other. During our talk, she gave me the standard salesperson introductions of the new 3-series and all its available variants. I’ll get back to her later in the article. The 335i Coupe you see above can be yours for RM470k. With that money spent, your car is armed with a 2,979cc twin turbo straight-six that punches (according to BMW) out 306bhp of power at 5,800rpm and with 400Nm of torque from as low as 1,300rpm. However, according to this entry in Wikipedia, a third party has tested this engine to produce 332hp and 422Nm. Whatever the actual figures are, paired with BMW’s 6-speed Steptronic auto, the N54B30 engine propels the 335i from zero to 100kph in just 5.7 seconds.

Parked next to the 335i was a 325i Sports sedan which goes for RM310k. Hanging around this car were a series of placards highlighting all the various unique selling points (USP) of the car. When I arrived at the showroom, there was a gentleman with a microphone walking around the car reading out all the various (I presume) newly added features to the car. I think everyone knows about this. New look rear. The E90‘s original taillights received heavy criticism for being too bland. BMW responded, though I am not sure if the new ones really do look better. For the facelift, the 325i will only be offered with the Sports variant which comes with various M-badged accessories and a stiffer chassis setup for improved handling – though the comfort oriented might find it too hard to bear. I’ll be able to tell you more for sure after a test drive. However, I can tell you for sure that the services of the highly rated 2,497cc N52B25 is retained. Featuring a light weight magnesium block, this straight-six engine is rated at 218bhp @ 6,500rpm and 250Nm @ 2,700rpm.

A BMW salesman once told me, that for customers who switch allegiances from Mercedes-Benz are usually introduced to the 523i instead of the more aggressive 525i Sports. The rationale is that someone accustomed to the softer setup of a Mercedes would find the harder sprung 525i too uncomfortable to deal with. Therefore, I believe a similar rationale lies in the introduction of the 323i into the Malaysian lineup. I doubt I’ll need a test drive to confirm this, as it is clear even on paper, that the 323i will cater the more conservative set of customers from the scream-at-your-face 325i. The absence of aggressive body kits say as much, so does the lower state of tune for the same engine as the 325i. Here, the same 2.5-litre straight-six is rated at just 190bhp @ 5,900rpm and 230Nm @ 3,250rpm. I am quite sure the suspension setup is much softer in the 323i as well. The 323i goes for RM276k.

Absent from display were the 320i and 320i Sports, retailing at RM237k and RM249k respectively. Both these variants are powered by the 1,995cc N46B20 inline-4 engine that was introduced back in 2004. This engine, with Valvetronic and double VANOS is still good for 156bhp @ 6,200rpm and 200Nm @ 3,600rpm. Differentiating the Sports from the standard 320i are once again the usual M-badged stuff that hypes up the looks and stiffens the handling setup.

Besides the display cars, there were the usual buffet of finger foods and sales of various BMW merchandises in the showroom. In a room, at the side of the showroom, was a Service Clinic conducted by their After Sales General Manager, Mr Steven Adolpho, who was giving talks on the use of proper car care products and driving safety. On the other side of the showroom was a Playstation simulator and a treadmill, where participants who clock the fastest times stand to win a weekend with a BMW. I tried the Gran Turismo simulation on the PS, and it’s safe to say that I won’t be in the running for the winning prize. Mr Adolpho giving a talk at the Service Clinic. PS simulator and treadmill – you can win a weekend in a BMW here.

The highlight of this event was definitely the BMW Performance Drive which took place at the Bukit Jalil stadium car park. Unfortunately, when attempting to sign-up for the event at the counter, I was told that the slots were all taken up. Having already did it in Segambut, I did not feel too disappointed, and walked off, ready to go. As I was heading to my car Ms. M (remember her?) called out from behind. She was going to ferry two gentleman (one with his son) to the Performance Drive and invited me to come along. Well, who was I to refuse? One of the two gentleman took the keys, and we headed off to Bkt Jalil in a 523i SE… Getting ready to go… Interior of the 523i SE An example of good ergonomics, this gearstick is easy to grip, and intuitive to operate (once you get it) At the National Stadium carpark, for the BMW Performance Drive.