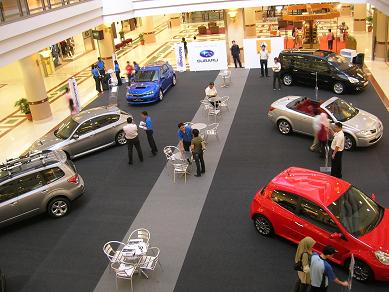 Present at the Impreza WRX STI launch at 1-Utama, but hardly noticed were the humbler Impreza 2.0 S-GT and Forester 2.5XT. Both sport pricetags RM100k lower than the STI, which means that they are the ones eventually more likely to find their ways into new homes, and help Subaru distributor Motor Image to meet its target to sell 150 cars in total for the upcoming year.

It wasn’t all about the STI

Currently, Motor Image’s stocks for the Malaysian market are CBU units brought over via their Singaporean parent company to three official showrooms – in JB, PJ and the KL branch, situated right outside Autoworld’s office. Customers also have the option of ordering Singapore-spec models (at extra cost, I believe). There are plans for Subaru to use one of the Tan Chong Motor plants to assemble CKD units in the future.

Those present at the launch at 1U yesterday would probably be too fixated with the STI and who can blame them? However, those who were willing to look further would see an interesting preposition in the form of the Impreza 2.0S-GT which can be yours for RM186k. Depending on which model you compare the S-GT with, it can either be the biggest bargain, or a massive rip-off. 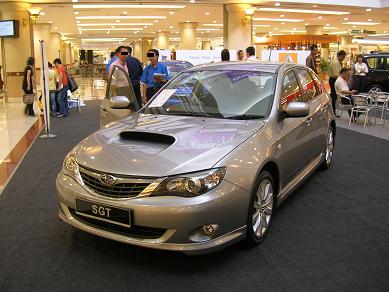 When you consider that the bigger and no less capable Mazda6 2.5 asks for only RM174k, or that the universally acclaimed Golf GTI is less than RM20k away, you start to wonder if any S-GTs would even leave the showroom. However, those that leave the showroom, are likely leave it a lot quicker than the aforementioned Mazda6 and GTI. Under the hood, the S-GT‘s two-litre turbocharged flat-four packs a massive 247bhp, comfortably trumping the 170bhp and 201bhp of the 6 and GTI respectively.

However, when you compare the S-GT against its fire-breathing STI brother, it now makes a lot more sense, because in saving an excess of RM100k, you merely lose 49bhp (I don’t know what you think, but 247 is still a lot!) and 74Nm of torque, which are figures that even puny engines would be ashamed of. Of course, you also do away with all the toys like the SI-Drive, DCCD, and VDC that the STI enjoys.

For Malaysia, Motor Image is only offering the S-GT with a 4-speed automatic transmission (no fifth gear for RM180k?), and like all Subarus, drive from the engine goes to each corner via its famed Symmetrical All-Wheel Drive system. The handling department is further boosted by the use four disc brakes and independent suspension all-round, with MacPherson struts up-front and double wishbones behind.

The cabin looks like a specced down version of the STI‘s cabin which is to be expected. Curiously, the S-GT‘s indicator stalks are placed on the right (which is the correct position), while the STI and Forester have theirs on the left. I am a little concerned how some perceive placing the indicator stalk on the left like European cars adds a classy feel to a cabin. It does not, it was just a cost-cutting measure to save the Europeans having to engineer two different steering column designs. Just because Merc and BMW do it too doesn’t make it right. 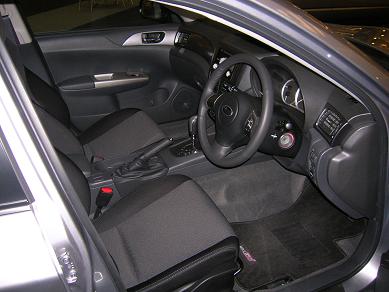 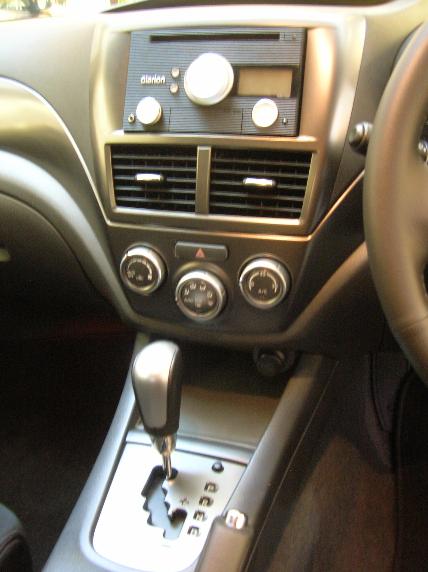 Sorry Subaru, but this HU does not belong in a RM180k car.

The model that Motor Image is pinning its hopes on for the Malaysian market is actually the Forester 2.5XT. For RM190k, Subaru offers you a full-sized SUV sitting on an Impreza platform and a powerplant lifted straight from the Impreza WRX. In this state of tune, the 2.5-litre turbocharged boxer-4 engine churns out 227hp @ 5,200rpm and a healthy 320Nm of torque from as low as 2,800rpm, all of which goes to the four wheels via a four-speed auto gearbox with Tiptronic function. 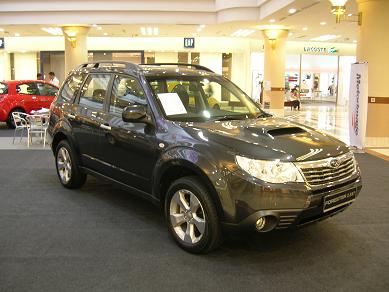 Climbing into the cabin, one can’t help but immediately notice the close relations this car shares with the Impreza family – it’s dashboard is lifted straight from there. It’s not a necessarily good or bad thing, because for one such an approach cuts down unnecessary costs, although you will have the other school of thought saying that there is no product differentiation. At the end of the day, it’s up to the buyers to see if they can accept this or not. 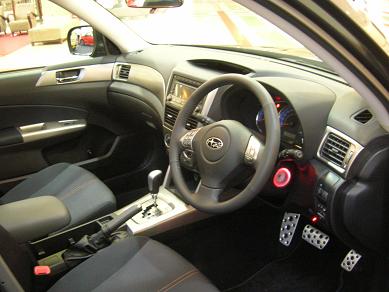 I can easily tell you this is the Impreza’s cabin.

The Forester occupies an interesting niche in the SUV market. I failed to find any close enough competitors to pit it against, for other SUVs are way above, or way below it in terms of either performance, price, or both. We can neglect the likes of the Honda CR-V or the Nissan X-Trail for despite a huge horsepower deficit, both cars also undercut the Forester by significant margins. The BMW X3 and Land Rover Freelander 2, meanwhile occupy another price bracket altogether. The closest ‘competitor’ is probably the RM179k Toyota RAV-4.

The press kit given during the STI‘s launch included a specs-sheet for the Forester that actually listed 6 variants – 2.0X, 2.0XS and 2.5XT each with the option of a five-speed manual and four-speed automatic transmission, although it was eventually clarified that the 2.5XT auto will be officially offered for Malaysia. A turbodiesel version might also be on its way, but Motor Image is not bringing them in yet because they are currently only available with manual transmission.

Another piece of news for local Scooby fans to look out for further in the future is the possible arrival of the Exiga MPV – and the 2.0GT version at that. Unfortunately, the Legacy STI will not see the light of day here, as our country’s tax structure would send the car’s pricetag into the RM500k range.