In terms of practicality and versatility, hatchbacks have sedans licked clean but if a car company wants to sell in Asia, a sedan is a must have in their repertoire.

Apparently Asians have a thing about protruding rear, if it has a boot then it is more desirable, more prestigious so you can understand why Suzuki decided that their comely SX4 should have a bit more metal grafted to the car’s rear. 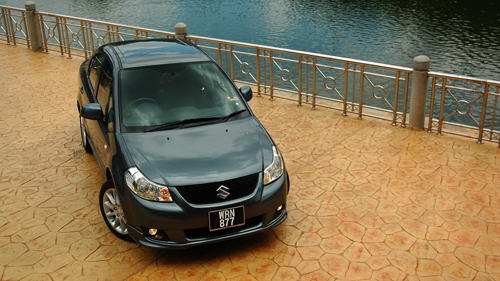 In terms of the aesthetics, the result is best compared to cars such as the Honda City and Proton Saga. 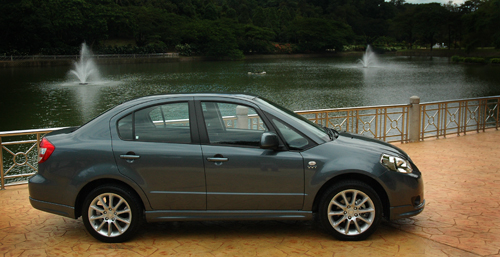 Just like the Honda City and Proton Saga, the SX4 comes with a spacious cabin that makes it natural choice for families.
The tall roof allows the seats to be positioned slightly higher from the floor an this frees up a lot of legroom. 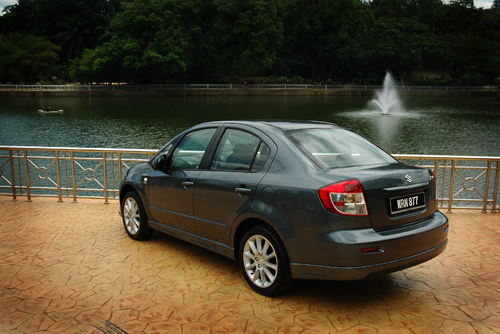 The dark cabin trim is also eminently suitable for couples with small children who may be prone to spilling drinks and spreading crumbs all over the upholstery. 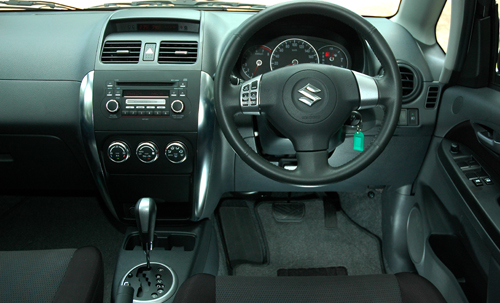 Build quality is also good and looks ready to withstand the prying fingers of the little ones. 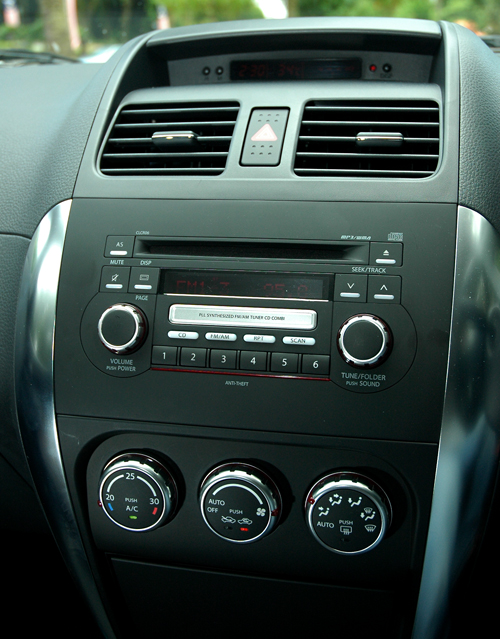 The Isofix child seat mounts in the rear bench is an important safety feature that concerned parents should definitely consider. In fact the SX4 is probably the only car in the price range to offer this standardised child-seat mount. 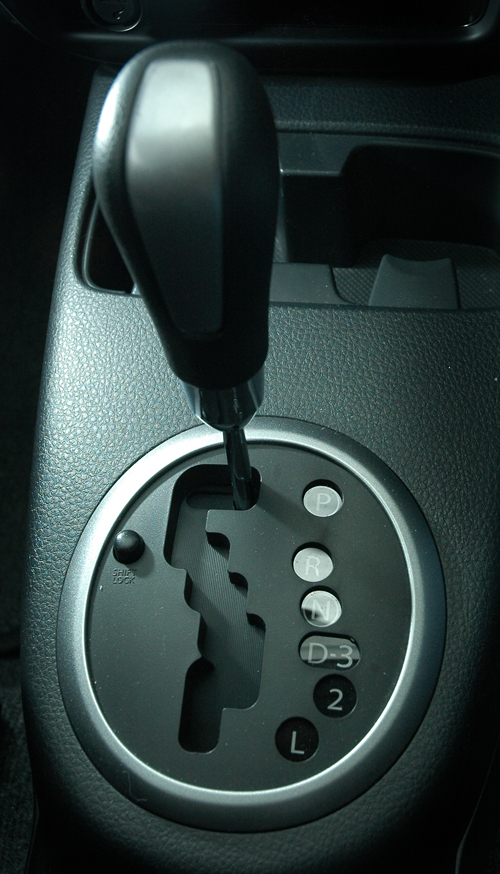 The engine is matched to a four-speed automatic transmission which has evenly spaced ratios that gives the SX4 Sedan a relaxed gait.
Power output from the motor is not exactly prodigious at 102bhp at 5,600rpm and the same can be said of the maximum torque of 140Nm at 4,000 rpm but this is good enough to make the Sedan a plausible daily runner and occasional long distance transport. 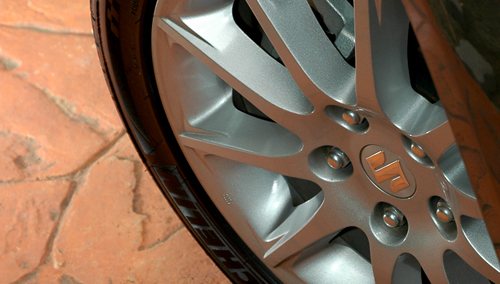 Sharing the same platform with the SX4 means the sedan has generous ground clearance and can go over bumps and low obstacles without scraping the underside, not even when fully loaded.
The slightly-higher-than-sedan seating position means that drivers have a slightly wider view of the traffic in front. This is a feature that should appeal to women drivers. 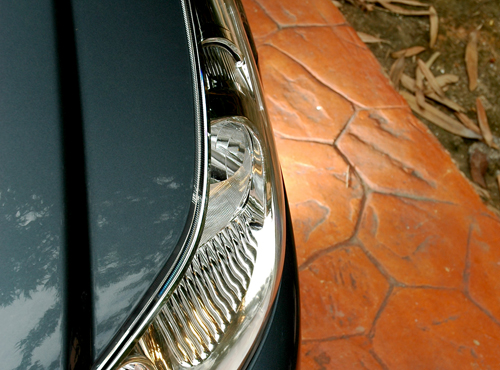 Despite the tough, go-anywhere look, the SX4 sedan is really a creature of the urban jungle and this is made clear by the ultra-light power assisted steering.
The variable assistance has been tuned to provide featherweight resistance at standstill and low speed to make parking and maneuvering in confiner urban spaces a doddle. 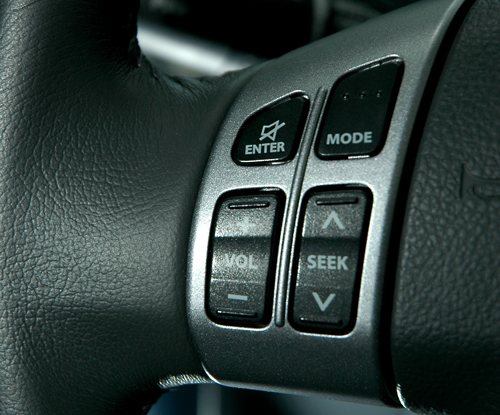 The 190mm ground clearance may be good for clearing ruts on a farm track but it is also excellent for clearing manhole covers and potholes.
Apart from cabin space, the SX4 Sedan is made more desirable by the supple long travel suspension that not only helps it clear urban obstacles but also make it a very comfortable car to ride in.

On the highway, the ride is absorbent without being wallowy while in the city it absorbs rough surfaces without rolling and pitching too much.
With all these desirable qualities, the sales target of between 100 and 150 units per month is rather pessimistic. 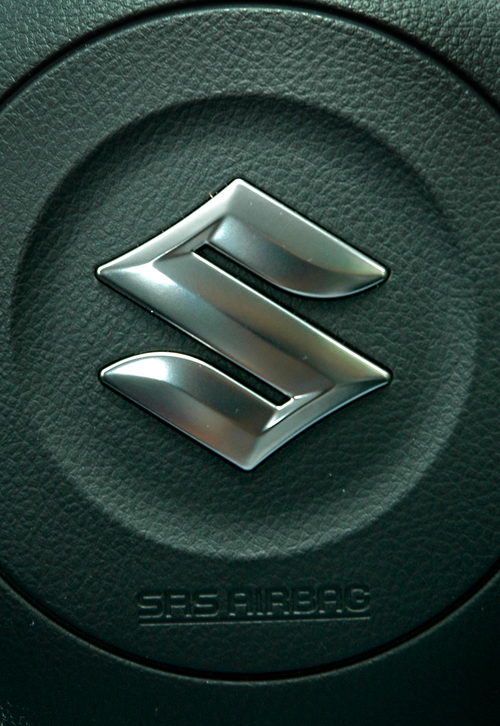 The Sedan is available in two versions, the standard at RM88,999 and higher specified sports version with 17-inch wheels, leather seats and full bodykit. This would cost you an extra RM5,000. 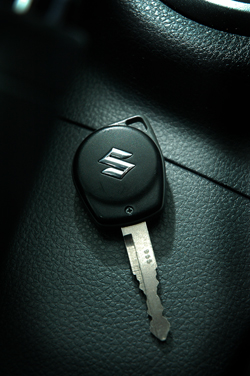 It is available in a choice of five colours, Nocturne Blue Pearl, Black Pearl, Silky Silver, Pearl White and Azure Grey.
The car you see here is fitted with 18-inch wheels that are not available, even as a cost option from Suzuki