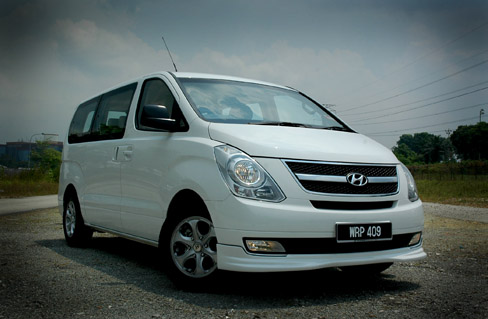 The Starex is a big vehicle, it packs 11 seats. That pretty much says it all. 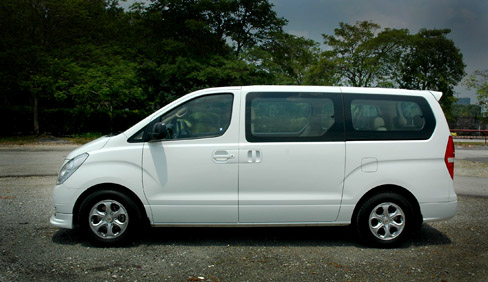 Anything that packs 12 seats is not going to set the market on fire, very few families need such a large transporter but for those that require the capacity, thre is really nothing else that comes close to the Starex, not at the Rm138,888 asking price anyway. 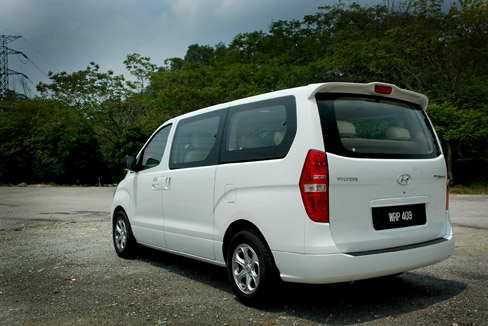 The Starex is also very good for the tour industry, especially for operators that specialise in small family groups that are willing to pay extra for privacy and personal treatment. 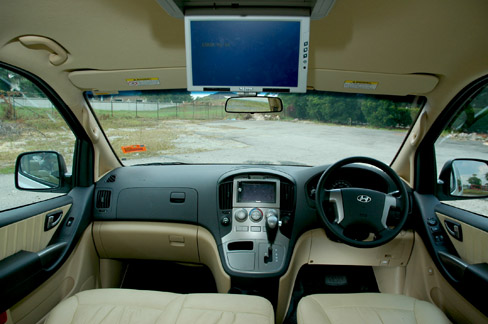 The best thing about the spacious cabin is that it is pretty much ready to go since it is fitted with leather upholstery and comes with a decent in car entertainment system that includes a double DIN player that accepts everything including MP3 and WMA formats. The only addition that you may want to make is a good window tint to keep heat and UV out of the cabin.

The roof mounted aerial tends to scrape low ceilings in multi-storey car parks so you may want to opt for the shorter version. 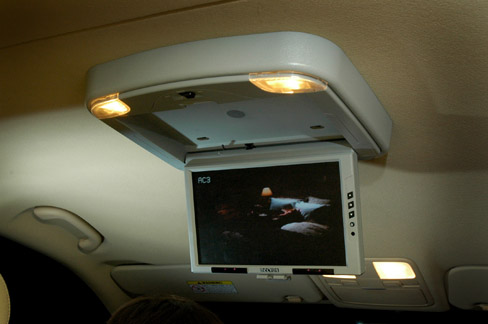 Movies are displayed on the roof mounted screen and it is big enough to make images visible even to those in the last row of seats. 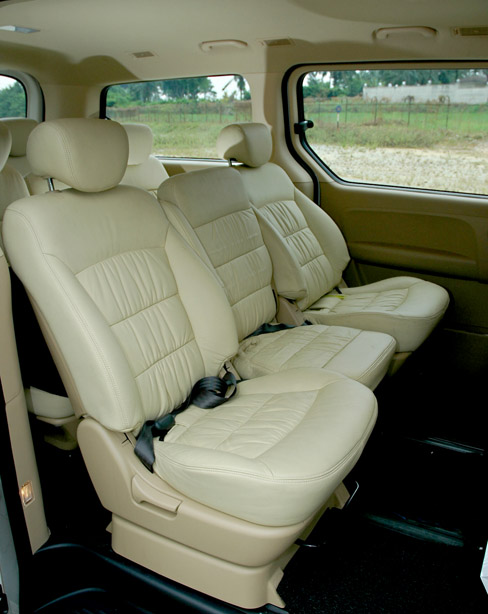 The seats themselves are large and comfortable, at least eight of them are, while the three jump seats that are positioned between the two cushier seats are also larger than usual, no one would really complain if they have to sit on the jump seat, really. 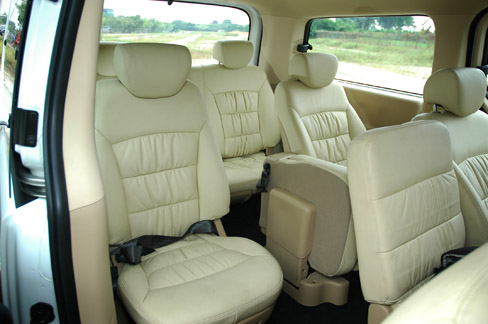 Passage to the last tow rows of seats is made possible by sliding the first row of rear seats to the forward most position and tipping the seatback forward and if you need to go the the last row, then passengers will have to fold up the second row jump seat. The passage can be a bit tight but that is the price to pay for those large, well padded seats.

Access to the rear cabin is through a pair of large sliding doors, one on each side. 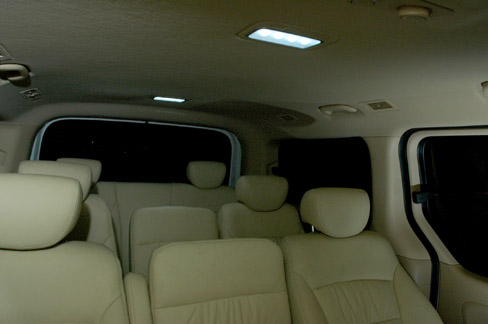 I also like the ambient lighting that offers different colours to suit different moods. You get a choice of orange, blue, green, red, yellow, purple and light green. In the picture above we have selected the green ambient lighting. 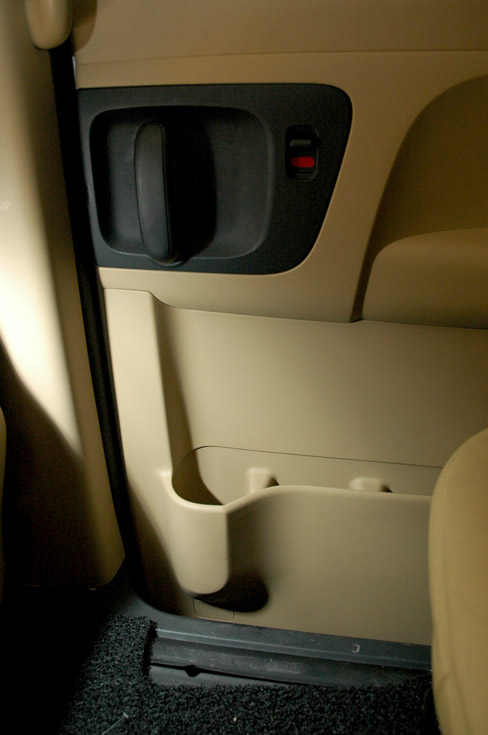 The cabin is generally well kitted out with storage areas and cup or bottle holders for the convenience of everyone. the cupholder count is eight, one each for the main seats and none for the jumpseats. 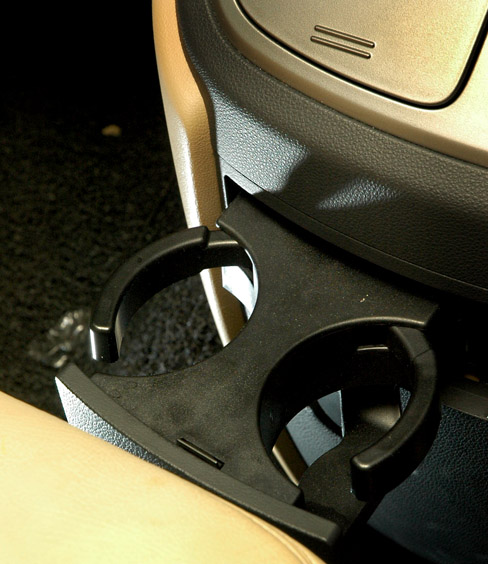 This is really not a major problem as it is rare that everyoen would need a place to put their drinks at the same time. 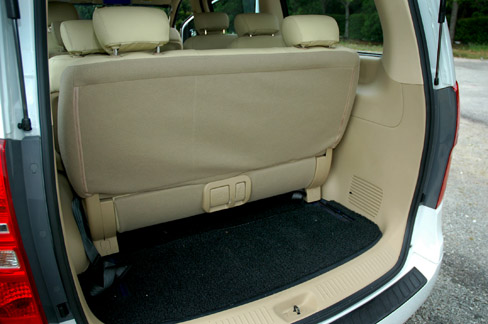 In terms of luggage space, you have the option of just using eight of the seats and have ample room for your bags or pack all 11 seats and some passengers will have to carry their luggage on their laps. 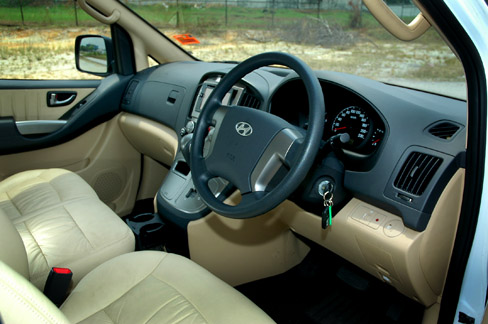 While it is well and fine to cater to the passengers, it is also important that the driver is comfortable because he is the one responsible for ensuring that everyone arrives safely. 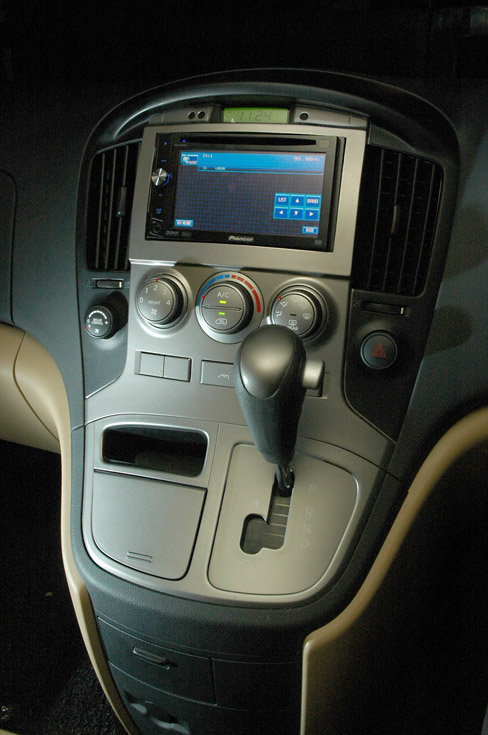 The ergonomics is generally good as all major controls are logically laid out and falls within easy reach of the driver. The driving position is comfortable, you sit high above the floor facing a steering wheel that has been raked like a car’s so it does not feel like you are driving a bus.

Forward visibility is excellent while rear vision can be a bit tricky especially if you need to judge the rer end when parking, thankfully the Starex comes with a rear camera. However the camera’s position near the top of the tailgate is a bit compromised as you cannot see the bumper.

Once the image of the obstacle reaches the end of the screen ti means that you still have about two feet to go. 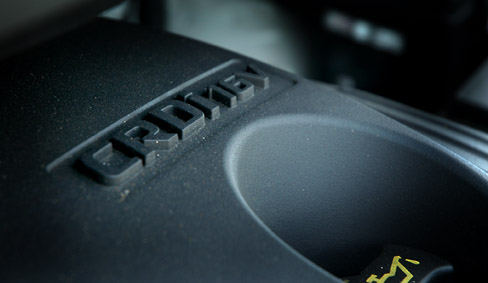 The 2.5-litre four-cylinder diesel is energetic, it will pull the Starex to a quite startling speeds within a short time. In factit is quite a challenge to keep within the speed limit as the engine is so eager. However you should try to keep it cool because at higher speeds, when the turbocharger is on song, the engine will really drink.

We kept to the speed limit on our drive to Alor Setar in the Starex and it returned around 650 kilometres from 67 litres. This is a fairly good fuel consumption figure for an apartment on wheels.