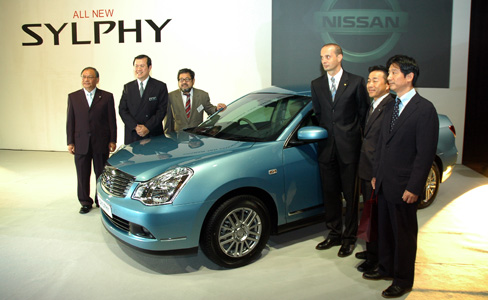 Yes, the name is a bit odd sounding but you will probably get used to it. In fact the name is probably the only thing that would make youthink twice about this family sedan.

The Sylphy is a spacious, modern looking and well endowed family sedan and the price tag starts at RM112,000, which means that it is a relative bargain compared to its Japanese competitors like the Honda Civic and Toyota Corolla Altis.

In the past Nissan is known for designing either really dull cars, like the Sunny, or outrageous models like the 280ZX and 300ZX, there was nothing in between but the mariage with Renault has given their styling department a lot more depth and maturity.

This gives us cars like the Sylphy which combines Japanese sensibility with French sophistication and the result is a car that is elegant but unpretentious, like the Sylphy. 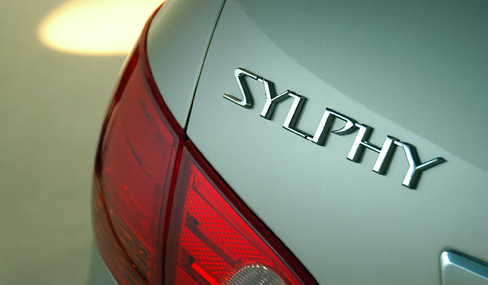 The lines are clean and well proportioned while the detailing is neat and stylish. The uniquely shaped headlight and jewel finished front grille is of particular note, they work well together to give the Sylphy a distinctive face and this is worthy of note in a class where blandness and uniformity used to rule. 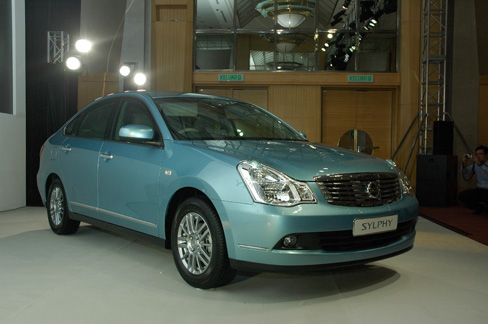 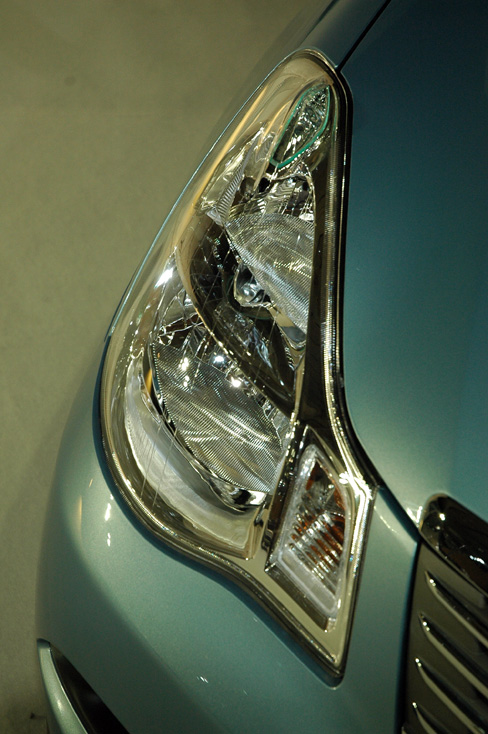 Anyone looking for a family car must go and take a look at the all-new Nissan Sylpy. While Nissan may not be the most prestigious of the Japanese brands, it is a company well know for their engineering excellence and this time they have come up with a car that could well rival the Toyota Corolla. 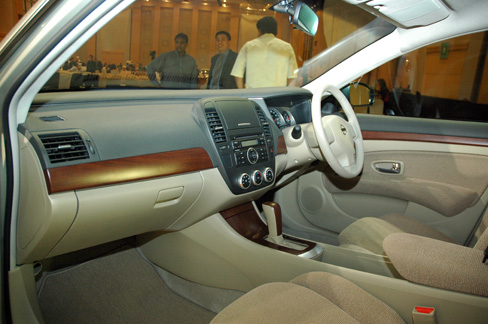 The Sylphy is an example of good modern packaging with wheels set out at the far corners and the cabins set well forward to take advantage of the otherwise wasted space behind the front bulkhead. 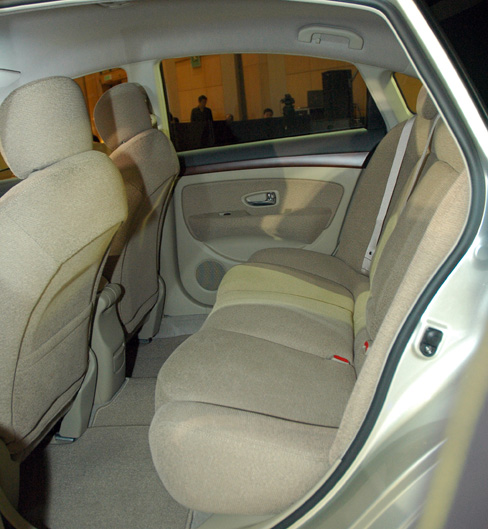 This cab forward design has liberated enough space to make this the contender for the most spacious cabin in the Japanese C segment, which includes the Corolla, Honda Civic, and Mitsubishi Lancer.

Apart from the space, buyers would also find the interior pleasing with its modern uncluttered lines and understated touches of luxury such as wood paneling, good in car entertainment sytem, climate control and choice of plush fabric or leather upholstery. 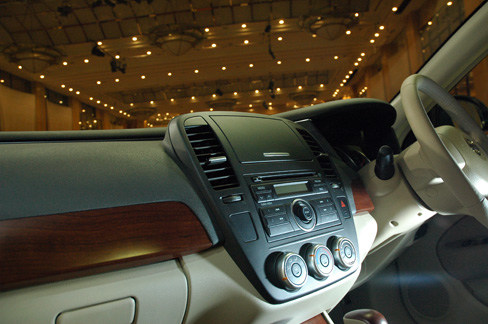 The six-speaker sound system, fully automatic climate control system and lether lined upholstery makes the cabin a wonderful place to be when you are stuck in a jam after a long day at the office. 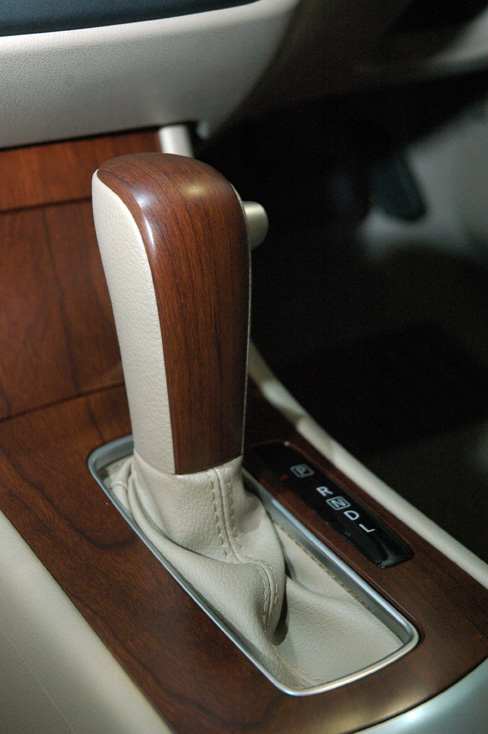 that would maintain the ideal cabin temperature. The cin is also kept cool by the UV-film that is applied to the car windows.

According to Nissan he clamshell design front seats hug the occupants snugly and has been designed using their S-motion principle.

They even went an extra step and gave the cabin an Antibacterial treatment that will help the car retain its brand new smell longer and keeps nasty odours at bay. 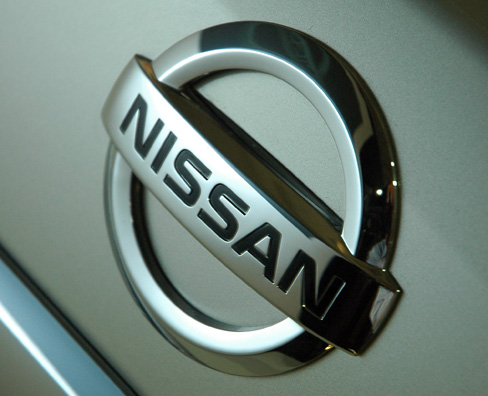 Priced between RM112,000 and RM116,000, this puts it at a strong advantage compared to the other contenders and this further adds to the car’s appeal.

Cabin size is not the only place where the Sylphy wins, this thing also packs a bigger pnch under the bonnet, with a modern all-aluminium 2.0-litre engine that is bristling with the latest technology, including variable valve control, fuel injection and a continuously variable transmission that promises seamless ratio and good fuel economy. 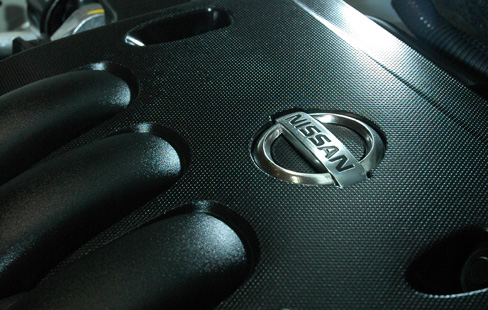 With 130 horsepower and 191 Newton-metres of torque, this Nissan will not be a slow mover, in fact when combined with the seamless CVT transmission, the driver always gets a choice of smooth, relaxed driving and instant power. 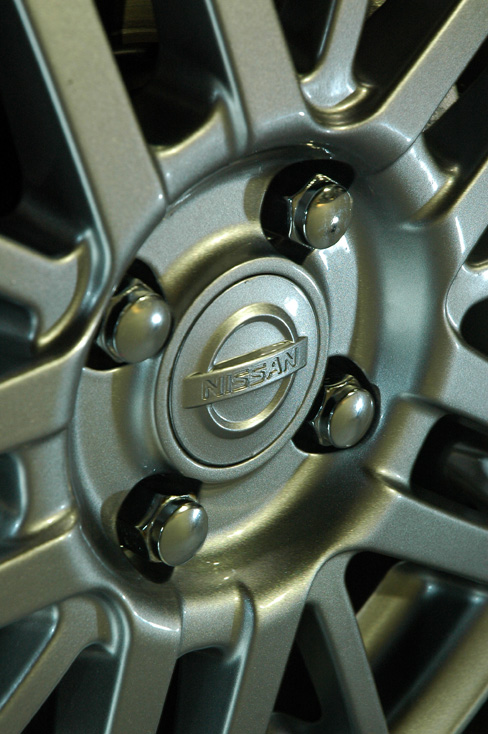 This combination of seamless power and comfort lies at the heart of the Sylphy which promises elegance and style.

The theme is clearly visible fromt eh skin of the car which has been designed with many calming surfaces and graceful curves but since we are not supposed to judge a car by its looks, we thought it best to talk about it’s personality rather than looks.

Macpherson front suspension and semi-trailing link at the rear with pre-loaded shock absorbers at all four corners the rear means that passengers would enjoy smoother ride at all times, this is again central to the theme of the Sylphy.

Maybe the Syply can be part of your family too.