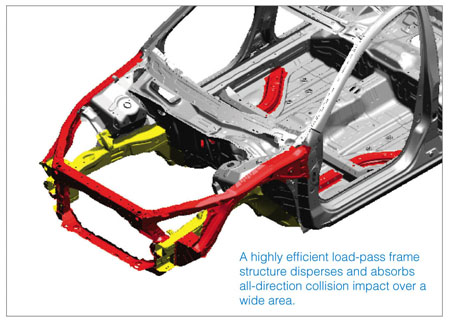 There is no better reason to go to any event than the thought of watching four beautiful girls sweating while they wrestle a grunting, screaming and pulsating beast for 12 hours. That’s what you will get if make your way to the Sepang International Circuit in August for a bit of night action.

You can be sure that these girls will last and last because they are fed a steady stream of Red Bull energy drink.

Nurbaizura Ruslan, Leona Chin, Putri Ayu Jasmin and Norlina Johor will show off their skills at the Merdeka Millennium Endurance race this year as part of the Red Bull team.

The Swiss energy drink company has been in the habit of making pretty girls sweat in Sepang for a few years now. In the past they have had local celebs including my favourite hottie Deanna Yusof in the cockpit but this year they decided to enroll four track racing virgins.

The four girls had to go through three hours of testing to get their spot.

The man who made them sweat was Kenvin Low, Chief instructor of the Asia Advanced Driving Academy (AADA).

“…so far the four ladies have demonstrated impressive driving skills. Looking at their determination, and the training sessions outlined for them, we are confident that they will be ready for the race this year,” said Kenvin.

The NEW Red Bull Female Rookie Team to compete at the 2008 Merdeka Millenium Endurance Race!
The Red Bull Rookies are out to prove that they are a force to be reckoned with at a special training session at the Sepang International Circuit

SEPANG, 29 February 2008 – Four dynamic girls from diversified backgrounds have been selected for the NEW Red Bull Female Rookie Team to compete in the highly-anticipated Merdeka Millennium Endurance (MME) race later this year. As such, these plucky lasses, Nurbaizura Ruslan, Leona Chin, Putri Ayu Jasmin and Norlina Johor, had a small taste of the world of professional racing with a full-fledged training session at the Sepang International Circuit recently.

For three arduous hours, the gutsy ladies sweated it out and took turns in putting their skills to test around the Sepang International Circuit under Chief Trainer, Kenvin Low of the Asia Advanced Driving Academy (AADA). “We are only at the preliminary training session, but so far the four ladies have demonstrated impressive driving skills. Looking at their determination, and the training sessions outlined for them, we are confident that they will be ready for the race this year,” said Kenvin.

With this session just being the tip of the iceberg, Kenvin added, “The following sessions will emphasise on team work as well as grounding on physical and mental preparations for this race.”

And these skills will come in extremely handy in the Merdeka Millenium Endurance race, a 12-hour annual endurance race which began in 2000. Incidentally, from its humble beginnings of simply being a premier Malaysian event, the MME has since attracted strong international recognition.

“This first training session was truly an exciting experience, especially when trained by professionals who previously have won the MME!” enthused Norlina Johor. “We look forward to more sessions to further enhance our driving skills.”

“These sessions also allows us to familiarise ourselves with the Sepang International F1 Circuit Track which will enable us to manoeuvre the race car at optimum speed,” says Nurbaizura Ruslan.

No doubt, these feisty ladies still have much to learn, nevertheless, based on the training session recently, as well as their dedication, determination and commitment to the sport, it all points to this year’s MME race being a very exciting one!

o This initiative directly addresses the lack of an effective system in which young female Malaysian drivers are given the opportunity to hone their skills in order to become a professional race car driver.

How were the drivers chosen?

o Red Bull conducted 3 roadshows (in the Northern, Southern and Central regions) to promote the campaign and registration was open to anybody who was interested regardless of their background.

o At each venue, the entrants were tested on basic driving skills and the judges gathered to nominate between approximately 2 to 4 drivers deemed to have the most potential to succeed in the motorsports industry.

o The  4 selected drivers were announced in October 2007

o The selected drivers are hence known as the Red Bull Female Rookies team and are currently undergoing training with Kenvin Low (Chief Trainer) in preparation for the MME Race.

PROFILE OF THE FOUR DRIVERS 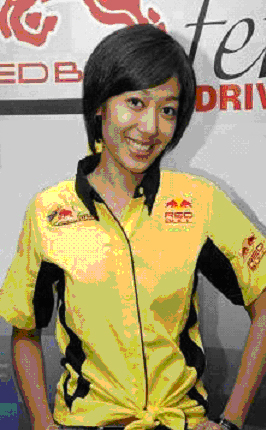 “I have the passion for the sport, love racing, crave for speed and believe I drive like any other guy. At the same time I would like to prove that girls too can drive on the race track. I am confident in my driving skills and hope this could be the platform to put it to test.” 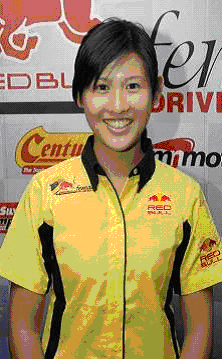 SPECIAL TALENT : DRIFTING
“Motorsports has been a passion of mine since the age of 16. Since I was issued my drivers license, I’ve driven turbo engine cars; Mitsubishi Airtrek Turbo and Nissan 200sx. As my interest in motorsports grew, I began to engage in drifting events too. My aim is to represent Malaysia as a race car driver.” 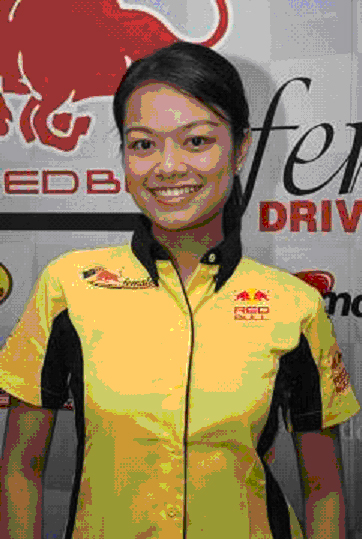 SPECIAL TALENT: SINGING
“It has always been an ambition of mine to be involved in motorsports and being part of the Red Bull Female Rookies Team has opened the avenue which I have searched for. I am confident that my physical and mental strength will take me through the extensive training sessions and I am up to the challenge.” 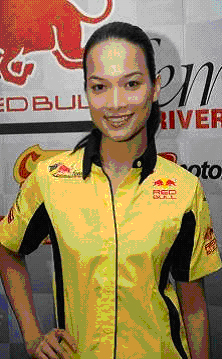 SPECIAL TALENT: TAE KWAN DO – BLACK BELT
“I would like to be a Malaysian female race car driver that inspires other young talents to bring fame to our nation. Besides this, I possess the necessary skills and am totally committed to motorsports. The speed and challenge is something that I welcome with open arms.”