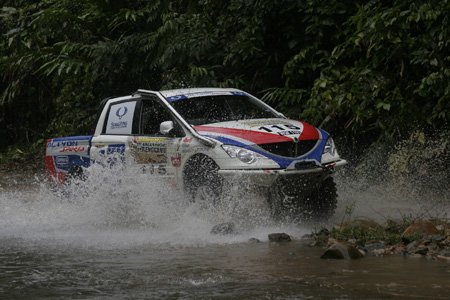 The SsangYong Actyon is not generally regarded as a tough pick-up truck, because it looks too civilised but Competitive Supreme Sdn Bhd, the sole importer and distributor for SsangYong Motor Company did not allow that to stop them from sending one machine to do battle in the Rain Forest Challenge, one of the toughest off-road event in the world. 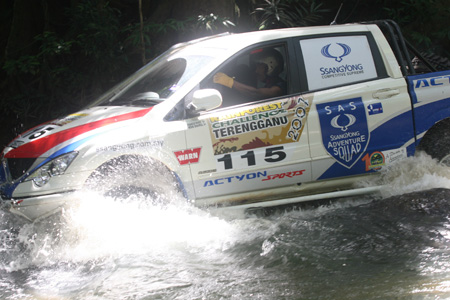 Thanks to its unique design, the Actyon was a crowd pleaser and they called in ‘The Rocket’. 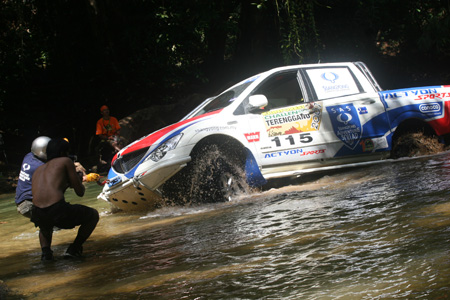 Of course ‘The Rocket’ was not a bog standard machine they had to make some changes to give it extra clearance and bolted a winch to the front so The Rocket could pull itself out of trouble in the thick jungle. Apart from that and the snorkel, it is mechanically identical to the machine you can get off the showroom. 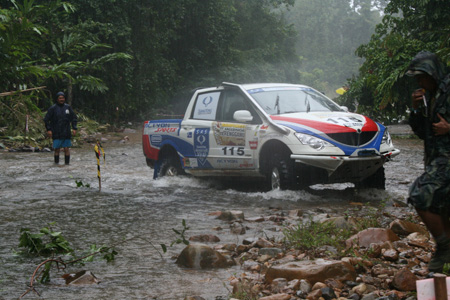 Here is a list of modifications they made to the car and as you can see the changes are made mostly for safety reasons and to adapt it to the rough terrain.

vi. Racing Seats with 5-point safety harnesses for the driver and co-driver.

Overall, the Actyon Sports performed better than expected and successfully survived the RFCT 2007, touted as one of the world’s toughest 4×4 events. The SAS team completed all 16 special stages before the Elephant Mud-hole and clocked one of the fastest times in the Special Stage 4 during the Prologue Stage.

The SsangYong Actyon Sports that participated in the RFCT 2007 is a stock standard vehicle with some technical upgrading to meet the minimum technical requirements for participating vehicles outlined by the organizer of RFCT 2007. 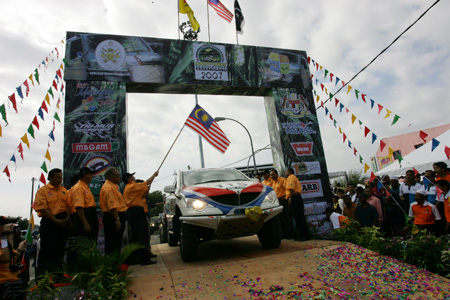