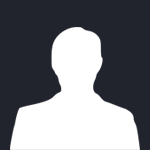 I took these two pics while on the road (it was raining at that time). It appears someone tried to pry open the car door using a crowbar. Why not just smash the window? Duh...

But maybe it was vandalism...

Because its raining. If the break the window, they will have to drive in the rain with windows open... Looks suspicious isn't it...

They forgot to take the umbrella lah ...

Maybe try to break in quietly? Break glass sure to get attention.....

Just saw another car like that on the roads. I think this is a case of leaving the door open while moving the car, and the door hits some object, causing it to appear as if someone tried to pry open the door.